WELCOME TO THE FATE/STAY NIGHT WIKI

Fate/stay Night is a Japanese visual novel developed by Type-Moon which was originally released as a game. A manga series on it was serialized as well as a 24-episode anime.

Fate/stay night chronicles a two-week period in the life of the protagonist Shirō Emiya, a hardworking and honest teenager who attends a school in Fuyuki City, Japan. An accident/fate makes him unwillingly enter a to-the-death tournament called The Fifth Holy Grail War, where combatants fight with magic and Heroes throughout history for a chance to have their wishes granted. 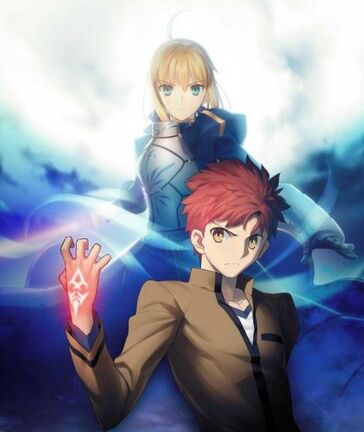 Heartiest greetings of this season to all. Hope your lives fill with joy remaining this Christmas and always.

Currently, this wiki requires active editors. Willing contributors are welcome to join in any of these activities. Every contribution, from spell-check to writing articles or making templates means a lot to us.

To the date, this wiki has:

Community content is available under CC-BY-SA unless otherwise noted.
Advertisement